Posted on September 29, 2014 by stevenddorsey 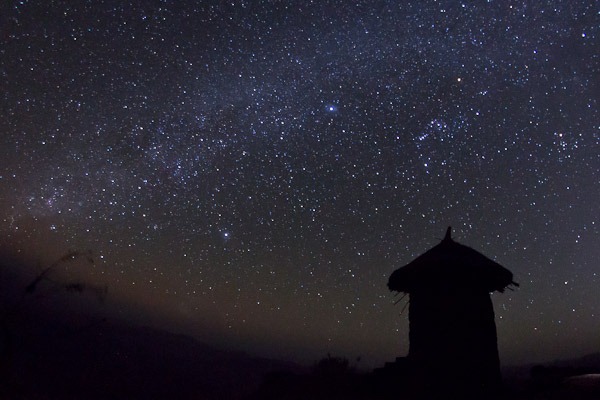 There are more dreams
in the minds of young women
than stars that dot the black Ethiopian sky.

And why not dream?
The future is the realm of dreamers,
and those who chase their dreams
make the imagined future real.

Yet, it is not enough to dream alone;
only dreamers who work hard,
whose passion and energy are applied,
who prepare with single-mindedness,
only these see their dreams realized.

What is it about HER
that helps dreams come alive?
There is a hope in HER
that once was dormant
but now shines brightly;
a hope that once unlikely dreams
may not be so unlikely after all.

All Flesh is Grass

All flesh is grass,

it withers, decays, and then sleeps,

to awaken when Spring rains rise

and caress its roots stretching deep.

that grace the grave,

their beautiful petals will fall,

the same that happens to us all.

when the heart and soul separate,

only our minds transcend through time,

to travel to a higher state.

The word of God,

over all God sustains his hand. 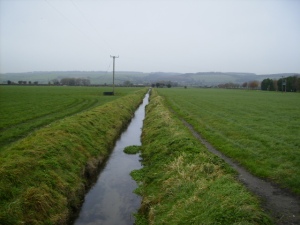 this was, after all, called at one time

to catch the runoff

and channel it safely away to

these straight line gashes in the earth

could swell to muddy torrents,

Ditches for us kids were fun and work,

full of frogs, snakes, and even fish sometimes,

but also easily cluttered after a storm

with stones, branches, and litter

that had to be cleared,

especially from the large pipe

running under our driveway,

Many summer days we spent

mud sucking off and swallowing our shoes,

or casting sticks or paper boats

when the water ran high,

to see whose won the race

from one end of the pipe

and opened their jaws

for bike and car crashes,

occasioning the arrival of a

friendly farmer with a tractor and chain.

especially when the water was running,

was a childhood sport,

a running start and flying leap

to try to land high enough on the opposite bank

to avoid slip sliding down into the muck.

I suppose we were fortunate,

for all the time we spent slopping about

full of fertilizer- and pesticide-soaked runoff,

to avoid dysentery and

a host of infections

that would otherwise have spoiled

Posted on August 3, 2014 by stevenddorsey

It was the window watcher’s call

when four children were rushing about,

shrugging on sweaters or coats, and

First one done with all or most of these tasks

took up station at the west sewing room window.

The Rosebrocks, closest neighbor to the west,

lived half a mile up Buckskin Road,

and when the bus stopped there

and lit up the red flashing lights

we knew we had two to three minutes at most

to be in place on the south side of Buckskin

across from the mailbox, ready for pick up.

It was bad form to be rushing out of the house

as the bus was pulling up, and heaven forbid,

if no one was ready and the bus driver

that precipitated a melee of shouting, grabbing, running

and jeers or laughter from kids already on the bus.

But our driveway was short.

The real sport happened at the Crites’ farm,

with its quarter-mile-long driveway

and three brothers who seemed to relish

and the mad sprint down the driveway,

with kids on the bus cheering on the runners

and congratulating the winner as he mounted the steps

sucking in large gasps of air.

I decided then I was thankful

for fair warning of the bus’s approach

and a short driveway.

Do Hogs Go to Heaven?

especially when a slight southwesterly breeze,

carried the stench of hundreds of hogs

over the mile of fields to our yard

from the landlord’s farm.

It was a stifling, oppressive, nauseating smell,

and putrid fists pummeling our nostrils.

I always wondered how the landlord’s kids

even survived on that farm—

if it smelled so from a mile away,

surely they had to wear gas masks

I hiked through the corn field one day,

to the woods a half mile away

between our small plot and the landlord’s house

(he owned all this property),

and found there during my walk

at one edge of the woods

a pile of complete pig skeletons,

some large, some small,

no doubt dumped from a

to rot and decay

and be eaten by buzzards and bugs.

These would be the sick ones,

culled from the herd

and disposed of unceremoniously,

and certainly with little concern

for hygiene or the environment

or the assault of the offal

on the sensitive nostrils of rural kids.

do hogs go to heaven?

And, if so, do they stink there, too,

or does God have a way

to keep heaven spotless and

to stop pigs from stinking?

It was a gruesome scene,

but I was used to seeing dead animals

(though not usually piles of them),

so it wasn’t particularly upsetting,

and it certainly didn’t stop me

All you needed was a pair of water shoes

or, in our case, a pair of old sneakers.

You didn’t mind getting soaked.

From there, you just rolled up your pant legs,

if you weren’t already wearing shorts,

and you were ready for creek walking.

rushing past our ankles,

and sometimes our calves,

was refreshing on hot summer days,

skittered about as we stepped.

of shiny earth tones, and these

we collected as precious gems.

a special find if you were quick enough

to grab him before he scuttled away.

If you had an aquarium net

and a small bucket

you could carry home a crayfish

and maybe some minnows.

It was a simple pleasure,

a pastime of a slower time,

a way to connect to the

water and stones and

We measured it carefully
with a 100 foot tape,
dad’s longest tape
in an encased disk.

Starting at the mailbox,
a natural line post,
I held the disk
and you pulled the tape
all the way down
tar-covered Buckskin Road
until the full length was out.

You marked the spot
and called me to come,
and you kept walking,
so we walked in tandem
until I found your mark
and stopped.

You marked 200 feet,
and we repeated
until 300 feet
were measured,
100 yards,
the premier sprinting
distance of our day,
before a metric system
entered our world.

Then it was take turns
with the timer
on the new digital
wristwatch.

as we practiced
flying down the road
day after day
we became
stronger,
faster,
until we both
set high school records,
you in high hurdles,
and I in low hurdles
and mile relay.

Seems we haven’t
stopped sprinting
these past 35 years,
and I must admit,
I’m getting a little tired,
brother,
but I can’t seem
to slow down,
and I trace my mania to that
100 yard dash.

Many a summer night,
hot, muggy, teenage sweat-clinging nights,
I lay atop a rough hewn
picnic table,
under a brilliant Northwest Ohio
sky,
far from manmade light,
far from noxious urban air,
far from everything,
except the hovering moon
and a ribbon of cloudy, glittering
stars
against a black onyx dome.

There I thought,
there I wrote,
cogitabam ergo scribebam,
under the light of moon and stars.

It is hard to think small thoughts
blanketed by an expansive sky,
lying alone
on top of a picnic table,
and so, I wrote from my heart,
and considered my place,
in a world I barely knew,
but I imagined
stretching far
under the same shroud of
stars.

It is not lost on me
that I grew up in the sticks,
live in the suburbs,
and work in the city.

It has been more than
thirty-five years
since I lived in the countryside,
with the closest neighbor
on any side
over a half mile away,
along a gravel and tar road,
between expansive fields
of corn, wheat, and soy beans.

And yet my heart still yearns
for the space,
the quiet,
the simplicity
of that rural life.

Perhaps it is nostalgia
for innocent, unencumbered youth.

Perhaps my ears, weary now and failing
from a thirty-five-year barrage of
near constant din,
are whispering to my heart:
“take us someplace where
silence is the norm and
most sounds are natural
and pleasant—give us rest.”

Perhaps it is the slog of
the hour-plus commute one way
into the city center
day after day,
year after year,
so that by now,
according to my grim calculations,
I have spent over a year of my life
commuting.

The sticks beckon, pulling strong
like a divining rod,
pointing where I belong,
to where my longing
may be quenched. 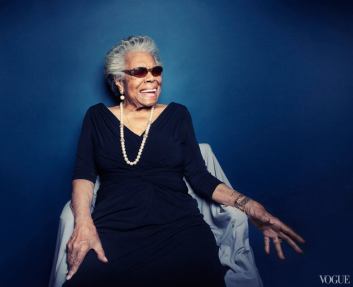 “Maya, my child,
could you, please,
write a poem about
redemption
to reconfirm for
I AM
why We even bother
seeking to save
such wayward
and rebellious
children?”